Your Guide for Interlock Violations in 2019 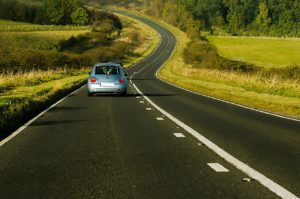 Interlock Violations: If you’ve had your driver’s license revoked or restricted in the state of Michigan, you may have to use an interlock device on your vehicle. This allows you to still enjoy some driving rights while the state monitors your activity and decides whether or not to grant you full driving rights in the future.

Using an interlock device is a common part of the driver’s license restoration process. So if you’ve had multiple DUIs or are currently driving with a restricted license, it’s important to understand exactly what these devices do and what is expected of you when using one. This can help you stay in compliance with the law and know what steps to take in case an issue arises.

What Is an Interlock Device?

Basically, an interlock device is a breathalyzer that is connected to your vehicle’s ignition. It is designed to determine whether or not the driver of the vehicle is able to safely operate it at that particular time. And it can also generate usage reports to aid in sobriety court cases or driver’s license restoration hearings.

These devices are commonly used for driver’s who are given restricted driving rights. In instances where someone has been convicted of multiple DUIs or OWIs, they may be required to use an interlock device on their vehicle for a set period of time, often one year, to demonstrate their ability to drive safely without the influence of alcohol.

How Does an Interlock Device Work?

An interlock device works much like a traditional breathalyzer test. It is simply connected to the vehicle in question. Whenever you go to start your vehicle, you’ll need to blow into a connected mouthpiece to take a breath alcohol test. If that test comes back clean, the car will start as usual. If it registers a less than favorable result, the vehicle will not start.

When used as part of a restricted license or sobriety court ordered program, these devices also collect data about your usage. This means that if you submit a test that registers over the predetermined limit, that will show up on a report that is submitted to the Secretary of State or sobriety court officers. This can lead to a full loss of driving rights or prolonged period of restricted driving, depending on the severity of the situation. These devices are also designed to detect when someone is trying to tamper with them or using alcohol while driving. This is called a rolling retest violation.

What Are the Benefits of Using an Interlock Device?

Using an ignition interlock device is often part of a restricted license or sobriety court license restoration program. Essentially, if you have multiple DUIs on your record, the willingness to drive with an interlock device on your vehicle can help you eventually win back your full driving rights.

Doing so allows you to get back some of your driving rights so you can enjoy freedom and mobility while you work on your case and recovery. And over time, this gives you the opportunity to prove to the state that you’re able to operate a motor vehicle safely. It can also be an important part of the overall rehabilitation process. Those who have an interlock device installed in their vehicle are often less likely to reoffend simply because they know the consequences and chances of being caught.

Though the interlock process gives drivers the ability to potentially win back their driving rights, it isn’t without its faults. There are ways that an interlock device can potentially show violations on your record that aren’t entirely factual. Interlock devices are set to generate usage reports, which must be submitted to the Secretary of State or sobriety court so they can see if there’s a violation, which can include attempts to tamper with or circumvent the device, rolling retests, skipped tests or failed test results.

If the device malfunctions or registers a result that you do not feel is factual, you do have the opportunity to argue your case. That’s where a license restoration lawyer comes in. If you want to contest a violation, you need to do so within two weeks of the incident in question. So consider contacting an attorney right away if this is the case.

Your attorney will need to first understand the type of violation that is in question. There are different levels of violations that have different consequences. For example, a rolling retest violation will result in your license being fully revoked. But a startup violation (3 can lead to a revocation) may only result in your restricted license period being extended for another three months.

The type of violation in question will also determine how you can argue your case at the Secretary of State. For example, if the reports show an attempt to tamper with the device, you may be able to prove that this wasn’t an attempt to circumvent the device by providing receipts of vehicle service at that time. For an alcohol violation, you can also present evidence like negative PBT or ETG tests or call witnesses to testify on your behalf.

Interlock violations can dramatically impact your driving rights. Even if it’s just a minor violation, three such instances can result in your license being fully revoked. So it’s important to fight for your rights if you believe that a violation occurred in error. You need to act quickly and consider working with an experienced Michigan driver’s license restoration lawyer that understands the process and has a solid track record of successfully arguing against faulty interlock violations. This will give you the best possible chance of obtaining a positive verdict and eventually winning back your full driving rights.