Recent Stats and Info About DUI in Michigan 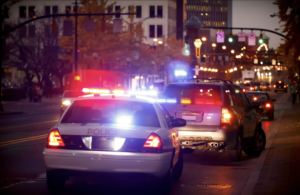 Getting a DUI in Michigan can result in a wide array of penalties. And the landscape is constantly evolving based on changing trends and statistics.

If you’ve found yourself in the middle of a DUI case or if you’re dealing with repercussions like a revoked driver’s license or ignition interlock device, it’s important to understand the issues that surround DUI cases and how they may apply to your own situation.

Looking forward, there are a few things that could impact even more potential DUI cases. Here are a few of the most important statistics that drivers should know.

A new proposed law in Michigan could impact the future of drunk driving arrests. This proposal would lower the DUI standard from the current level of .08 to .05, making it one of the lowest blood alcohol standards across the country. In fact, Utah is the only other state that currently has a .05 blood alcohol level for DUI, which came into effect in 2018. No other state has a lower standard.

Additionally, the proposed bill could require even first-time offenders to drive with an ignition interlock device on their vehicles. This device is intended to act as a breathalyzer that the driver must take before starting up the vehicle. It’s used as a preventive measure to help ensure that the driver does not attempt to drive with a blood alcohol level that’s too high. It also collects data on usage, so it can lead to further penalties for those who reoffend. Currently, this is a fairly common penalty for those with multiple DUIs, but has not yet been made into a mandatory penalty for first-time offenders.

The proposed set of bills have not yet been enacted in Michigan, but it’s important to understand how a potential change could impact your driving rights. Basically, this change could dramatically impact the amount of DUIs and subsequent driver’s license restoration cases. It could take fewer drinks for people to meet that baseline standard and end up with a DUI. This is also likely to increase the number of repeat offenders who may then end up with revoked licenses. |

When it comes to deaths related to DUIs, research indicates that Michigan has about 3.2 DUI related deaths for every 100,000 people. And alcohol related fatalities on the state’s roadways are reportedly on the rise.

What does this mean for drivers? Aside from providing awareness to use caution on the roads and avoid drinking and driving, it also indicates that the state is likely going to take penalties for driving under the influence very seriously. This isn’t just about criminal penalties that are handed out after the initial arrest. The state also needs to be concerned with repeat offenders. And it’s their duty to make sure people present a solid driver’s license reinstatement case that proves their sobriety and ability to operate a vehicle safely before allowing them back on the roadways.

Michigan is Tough on DUIs

In fact, Michigan is already known for being fairly tough when it comes to penalties for DUIs. Or at least, they’re about in line with what’s expected around the country. According to some accounts, Michigan ranks 25th in the country in terms of  toughness for DUI laws and penalties. This ranking takes a variety of factors into account, including number of related arrests, fatalities, the blood alcohol content thresholds, and open container laws.

This evaluation takes into account information from the Governors Highway Safety Administration, National Council of State Legislatures, and the National Highway Safety Administration. So it provides a fairly comprehensive view of varying laws and penalties throughout the country. However, things can always change from year to year. So if Michigan does decide to lower the blood alcohol content threshold, it’s likely that the state will move up in those rankings even more.

Currently, some penalties for DUI arrests include license suspensions, fines, community service, possible jail time, and restricted licenses that require you to drive with an ignition interlock device on your vehicle. With a restricted license, you’ll need to use that interlock device for a set period (usually a year) without another violation before getting your full driving rights restored. And if there’s a fraudulent violation or issue along the way, you may need to present your case to the state so it doesn’t negatively impact your rights. The severity of the penalty depends on the exact circumstances of your arrest, whether anyone was killed or injured as a result, and whether or not you’re a repeat offender.

For those with two or more DUIs, driver’s license revocation is also probably part of the penalty you’ll receive. This is more serious than a suspended license because it means that your driving rights are taken away indefinitely. You don’t simply get to apply for a new license once a set period of time has passed. Instead, you need to apply for a hearing with the Secretary of State and present evidence that proves you’re able to maintain your sobriety and safely operate a vehicle moving forward.

It’s already important to understand these penalties and what they could mean for drivers in Michigan. But it could soon be even more important to have a firm grasp on the potential issues that arise from DUI convictions if the BAC threshold in Michigan is lowered.

If you have two or more DUIs and want help fighting to retain your driving rights with the state of Michigan, or if you have a restricted license and need help fighting an ignition interlock violation that you feel was fraudulent, contact MI interlock lawyer Mark Langschied.