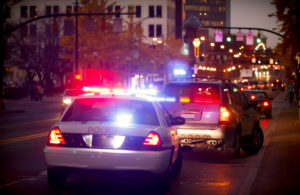 If you’re trying to get your license back after a DUI or multiple DUIs in the state of Michigan, it can be easy to get discouraged. The driver’s license restoration process can seem long and complex to those who are unfamiliar with it. Additionally, you may have even tried and failed to reinstate your driving rights on a couple of occasions.

However, this doesn’t mean you should give up. Even if all seems lost, you still have hope. And if you have the right knowledge and support by your side, you should ultimately be able to obtain a positive verdict and enjoy full driving rights again.

If you’re trying to get your license back after a DUI and you’ve run into some bumps along the road, here are a few of the things you should know in order to keep going and eventually win back those driving rights.

In Michigan, there’s a set process for people to go through in order to present their case and potentially win back their driving rights. This process involves requesting a hearing with the Secretary of State, submitting evidence that proves your sobriety, attending a hearing and testifying on your own behalf, and usually driving with a restricted license for a period of time before gaining back an unrestricted license.

This process was put in place so that people can actually go through all the steps. It wasn’t created just to trick and discourage people into wasting time and never actually winning back their license. If you’re trying to get your license back after DUI and failed to present your case, it could be due to lack of evidence or simply not having a strong enough case just yet. But that doesn’t mean that you cannot change those factors going forward. As long as this process exists, you have the chance of successfully presenting your case and obtaining a positive verdict.

In fact, there are plenty of people who have gone through this process over the years and done exactly what you’re aiming to do. The process may seem daunting when you’re just getting started or after you’ve hit a roadblock. But if you think about that end result and know that there are people out there who have been able to achieve what you’re aiming to do, it becomes much more feasible in your mind.

And those positive verdicts aren’t just for people who have had two DUIs many years ago. People with three or more DUIs have successfully won cases. And as long as you have at least a year of sobriety under your belt, there’s a chance that you can present a successful case in front of the Michigan Secretary of State or sobriety court.

In fact, the actual case surrounding your initial DUIs doesn’t matter as much when it comes to your license restoration case. Sure, you’ll need to make sure that you’ve complied with all court orders that were issued as a result of those cases. But the purpose of your license reinstatement hearing isn’t to rehash the facts of your original convictions. It’s more about whether or not you’ll be able to safely operate a motor vehicle going forward. So if you’re able to prove your sobriety and present all of the required evidence in order to support your claims, you have a good chance of obtaining a positive verdict even if your original convictions don’t paint you in an especially positive light.

So the next time you’re discouraged while trying to get your license back after a DUI, think about those people who have come before you. Those who were able to put in the work and dedication necessary to present a solid case have gone onto win back full driving rights. And there’s no reason why you cannot join them if you’re willing to put in the same type of dedication.

Ultimately, one of the main reasons that many people fail to win back their driving rights after multiple DUIs in Michigan is because of a lack of experience and knowledge. You may have lost cases in the past due to incomplete, inaccurate, conflicting, or unconvincing evidence. For example, your substance use evaluation form might have information on it that doesn’t line up with what is written in your letters of support or your sessions with a substance abuse counselor. Or you may have not gathered enough letters or forgotten to submit a drug screen. It’s also possible that you submitted all of the required evidence but simply weren’t believable during your testimony.

Since there are so many different reasons why a verdict might not go your way, an experienced driver’s license restoration lawyer can be very beneficial in helping you determine how to proceed. They can examine your case and your past attempts to help you understand what went wrong so you can make positive changes going forward. With an actual strategy in place, you’re more likely to present a strong, consistent, and convincing argument.

There’s also a possibility that your case simply isn’t strong enough yet. You may not have enough sobriety under your belt or you might have avoided taking additional steps that could ultimately help your sobriety, like attending AA meetings. Your attorney can help you understand what steps would benefit your case when you’re trying to get your license back after DUI, so you can put in the time and effort necessary before requesting another hearing. Then by the time you do, you should be ready to make a realistic run at winning back your driving rights for good.