Failed / Skipped Ignition Interlock Test Violation in Michigan – What Do I Do? 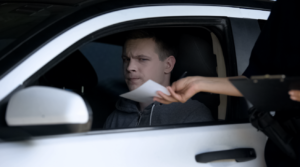 What do you need to know about a failed interlock test? If you’ve been given a restricted driver’s license in the state of Michigan, you may need to drive with an ignition interlock device installed in your vehicle. This device collects breath samples as you drive to determine whether or not you’re impaired. Often, this happens as a result of having multiple DUI convictions. Drivers often have their license revoked, and then can apply for a restricted license to prove their sobriety and ability to drive safely before gaining back their full legal driving rights.

These devices are also designed to collect data about your usage, so they can alert the authorities about any potential violations, like attempting to drive while impaired or tampering with the mechanism. A violation could impede or set back your attempts to have your full driving rights restored. So it’s important for you to understand how these devices work and what you should do if you come across an issue.

There are a few different reasons why a violation might occur, along with some important steps you should take in case there is a violation. Here’s a rundown of the most important information to keep in mind while using an ignition interlock device.

How Do You Fail an Interlock Test?

There are two different alcohol related ways to fail an ignition interlock test. The first failed interlock test occurs when you go to start up your vehicle. A breath alcohol test is required at this point, so if you test at or above .025, it may be a violation. At this point, you’ll have 15 minutes to submit a new sample that must be under that amount. If you fail to do so, it counts as a violation.

The second type of failed ignition interlock test occurs while you’re actually driving. Basically, if a person submits a breath sample that has an alcohol reading at or above .025, they must test under that level within the next five minutes or it counts as a violation.

Finally, there’s a type of violation called skipped rolling retest. This occurs when an individual simply fails to give a sample on the interlock device while driving. If you miss a test, you have five minutes to give a valid sample, or else it counts as a violation.

The severity of these different types of violations varies. For example, failing a startup test by a narrow margin isn’t usually going to bring about as serious consequences as multiple rolling retest violations.

Consequences vary depending on the specific circumstances surrounding your violation and the steps that you take afterward. However, violations that have to do with attempting to circumvent or tamper with the interlock device are seen as fairly serious. Additionally, if you have a restricted license and attempt to operate a vehicle without an ignition interlock device installed, that’s seen as a major violation. And having three or more minor violations within the same two-month reporting period may also count as a major violation.

An example of a minor violation would be a startup test failure after two months with the device installed in the vehicle. Usually, drivers are given a two month period to learn about how the device works and how things like mouthwash may trigger violations. So they’re given that grace period at the beginning. Another minor violation is the failure to report to your ignition interlock installer within seven days of your reporting period.

For major violations, your driver’s license will be immediately revoked. So you no longer have access to even restricted driving rights. You do have the option to appeal this. However, you must do so in writing. And it must be submitted within two weeks of the violation. Once your license has been revoked, you then go back to the beginning and must apply for a new driver’s license reinstatement hearing with the Secretary of State.

Ignition interlock tests are fairly reliable, but they are not perfect. It is possible to end up with a failed interlock test or violation as a result of an error. So you need to know exactly what to do in this instance to support your case if you need to make an appeal to the state.

First, you should get a preliminary breath test from your local police department or an ETG urine test within 24 hours of the violation to help you prove that you were not under the influence at the time of the violation. You should also call your ignition interlock installer and explain the situation to them. Once you’ve gotten your test results, submit that evidence along with a written explanation of the violation to the Secretary of State. You may then be granted an appeal hearing to state your case and hopefully have your driving rights reinstated.

If you need help navigating this process, a driver’s license restoration lawyer with experience handling interlock violations can be quite valuable. They’ll help you understand the necessary steps and prepare the evidence needed for your hearing.