If you are looking for a DUI license reinstatement lawyer in 2021, there are several factors you should know. Policies change frequently, so it’s important to find a lawyer who stays up-to-date with the newest principles. 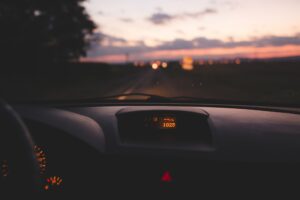 What a DUI License Reinstatement Lawyer Can Do For You

Attorney Mark Langschied’s specific focus is on getting licenses unsuspended after a DUI or second DUI.

The general process of a license reinstatement is similar, but the results and the various factors involved are not. The process also depends on whether you live in Michigan currently, had ever lived in Michigan, or if you moved to another state after the conviction.

Generally, here are some of the steps that you can expect if you are working with a DUI license reinstatement lawyer in 2021.

This is a general overview, but each case is different. We will determine and address specific issues when we meet to discuss your case.

The year 2020 changed the social and political environment in many ways. This also applies to the work of DUI reinstatement lawyers 2021.

In recent news, Michigan Gov. Gretchen Whitmer vetoed a bill that would have allowed people to have a drunken driving conviction expunged from their record. The bill, SB 1254, would have allowed a person convicted of a DUI to ask a judge to set aside the conviction. Subsequent drunken driving offenses or convictions related to death or serious injuries would not be expunged, according to the proposed legislation.

Currently, individuals who have DUI convictions cannot petition to have them removed from their records. Proponents of the proposed legislation say that many individuals who had one indiscretion many years ago still face its consequences, which has a negative impact on their career and overall quality of life.

Senate Bill 1254 would amend 1965 PA 213 — which provides for setting aside certain criminal convictions — to allow someone to apply to have set aside or allow a judge to set aside a first operating while intoxicated offense.

Certain drugged or drunken-driving violations — such those that caused death or serious impairment, as well as any second or subsequent convictions  — would not be among the offenses eligible to be set aside.

A first OWI offense could only be set aside if a person applied to have the offense set aside and a judge approved the application; it would not be eligible to be automatically set aside.

According to Michigan law, operating while intoxicated is defined as any of the following:

The Mothers Against Drunk Driving organization opposed the measure.

Trying to equate BAC levels to a certain number of drinks can be complex, as it depends on factors including gender, weight, and how much time it took to consume the drinks.

One drink is defined as 5 ounces of hard liquor, 12 ounces of beer, or 5 ounces of wine. As a broad generalization, your blood-alcohol level may be over the limit if you weigh 140 to 160 pounds and had four drinks within a short time period (approximately one hour).

Michigan’s legal definition of “intoxicated” had been a BAC of 1.0 or higher prior to 2003. That year, the Michigan legislature lowered that number to 0.08. (Using that 140- to 160-pound individual as a hypothetical example, the difference between a BAC of 1.0 and a BAC of .08 would be one drink.)

The Michigan legislature had approved bills that would continue the state’s 0.08 limit until October 2021. At that time, the limit may return to 1.0 percent unless the law is amended again or new legislation is enacted.

That appears to be a strong possibility, but we will wait to see how it all plays out in coming months.

If you’re looking for DUI License Reinstatement Lawyers 2021, Attorney Mark Langschied can help you get your license back and drive again. Contact us today!