DUI vs. OWI: Is There a Difference Regarding Getting Your License Back?

Several different acronyms are used in reference to drunken driving citations and arrests, including DUI, OWI, OUIL, and DWI. What do these all mean – and as for DUI vs. OWI, is there a difference regarding getting your license back?

The reason why there are so many types of violations is to make sure drivers don’t get out of punishment due to ambiguity in the laws, as well as to ensure that the punishments are fair. 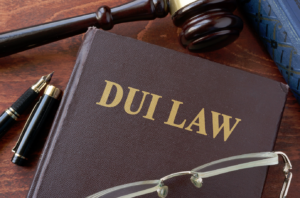 It can all be rather confusing, so let’s start with some basic answers to your questions.

How is “intoxicated” defined under Michigan law?

Under Michigan law, it is illegal to drive while intoxicated (or impaired) by alcohol, a controlled drug, or other intoxicating substance.

One drink is defined as:

They all have the same effect on your body, and only time will sober you up. Signs of impaired driving include:

What does OWI mean?

OWI stands for Operating While Intoxicated. It can apply to both drug use and alcohol use, as well as driving with a blood-alcohol level higher than 0.08.

OWI refers to several different types of crimes, including driving under the influence of alcohol, prescription drugs, marijuana, and illicit drugs like cocaine. A prosecutor can prove OWI without the need to prove the use of alcohol.

Penalties for a first offense of OWI may include a $100 to $500 fine, up to 93 days in jail, and/or up to 360 hours of community service, as well as six points added to your driving record. It also includes suspension of the driver’s license for 30 days, followed by a restricted license for 150 days. Additional possibilities include vehicle immobilization, as well as a requirement to use an ignition interlock device.

Penalties would increase for high BAC levels, including up to 180 days in jail and a one-year driver’s license suspension.

What does DUI mean, and what’s the difference between DUI vs. OWI regarding getting your license back?

In Michigan, DUI isn’t a legal term at all. It’s something that’s commonly used in everyday conversation, and it can apply to any number of alcohol- or drug-related driving offenses. So as for the answer to the question regarding getting your license back with a DUI vs. OWI, there really isn’t one simply because DUI is not a legal term here in Michigan. It may be in some other states.

OWVI stands for Operating While Visibly Impaired. This can apply to the use of any intoxicating substance, and it is a lesser offense.

Penalties for a first OWVI offense include a fine of up to $300 in addition to up to 93 days in jail or 360 hours of community service. The driver’s license would be restricted for 90 days, and four points would be added to the individual’s driving record.

A less commonly known phrase is OWPD, which generally stands for Operating with Any Presence of a Schedule 1 Drug or Cocaine. Under this rule, you can be cited for driving with any amount of this drug in your body, even if you are not visibly impaired.

A first offense of OWPD mirrors that of a first DWI offense.

What happens after a drugged or drunken driving arrest?

The state of Michigan has many anti-drunk and drugged driving laws.

Michigan law also has a mandatory 6-month driver’s license suspension rule, even for a first conviction. The driver may apply for a restricted license after 30 days of the suspension.

If the driver was super drunk, the license would be suspended for one year. He or she may apply for a restricted license after 45 days, but must use an ignition interlock device.

The court may also require completion of a rehabilitation or self-help program. This is mandatory if the driver has one or more prior convictions or had a high BAC.

Impaired driving is usually a misdemeanor, but it becomes a felony if it is a third conviction or higher. It would also be a felony in the event of death or serious injury.