Getting Your Driving License After Marijuana Conviction

Have you had a marijuana conviction that resulted in your license being suspended or revoked? We have helped many people just like you restore their driver’s licenses after a DUI conviction. 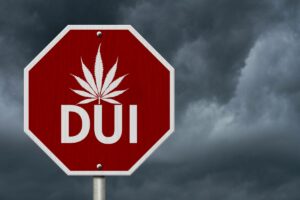 Although most people associate it with alcohol use, a DUI (driving under the influence) conviction may also refer to driving under the influence of marijuana or other drugs. After a first DUI, a driver’s license is usually suspended, but after two or more drunken driving DUIs or “marijuana DUIs,” a driver’s license would be revoked. Those two DUIs would occur within 7 years of each other. They could be:

Regardless, it is possible to get a driving license after a marijuana conviction, but it will require several steps.

When is Marijuana Illegal in Michigan?

Recreational marijuana use became legal in Michigan in 2018, and it was approved for medicinal use in 2008. But that doesn’t allow carte blanche use of the drug, as there are still many situations where marijuana use is illegal.

Restoring a Suspended Driving License after a Marijuana Conviction

To try to get a suspended driving license back, you typically only need to submit a request through the Michigan Secretary of State’s office. 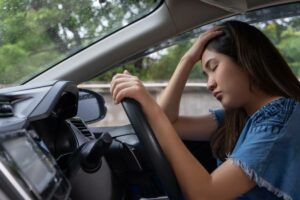 You may be able to apply for a restricted license 30 days after the suspension if you can assure the judge that you are attending sobriety classes.

After the entire suspension period is over, you should be able to get your license renewed by submitting an application through the SOS office, as long as you followed all of the judge’s orders. You would have to pay a license reinstatement fee of $125, as well as other fees.

Getting a Revoked License Back after a Marijuana Conviction

To attempt to get your license back after a revocation, you would have to present your case before a Michigan Department of State hearings board. Before applying for a hearing, you would have to have completed the terms of your revocation, such as attending drug rehabilitation classes or using an ignition interlock device as told.

During the hearing, you would present testimony regarding why you should get your license back, and you can have friends, family, and your counselor testify on your behalf as well. If you request my services for your case, I will be there to discuss your progress as well.

Prior to the hearing, you should ask three to six people to write letters discussing your sobriety and your efforts to stay away from drugs and alcohol. One of these letters should come from a mental health therapist or substance abuse counselor. You also would have to submit a drug screening that shows you are clear of any substances.