What Happens if You Miss a Retest on Interlock?

If a judge has told you that you must use an interlock device, it’s not an option. You have to do it if you want to get your license back after a revocation. There’s no way out of it. You can’t trick the device, and you can’t have someone else take the test for you. In fact, there’s an entire method in place to ensure you don’t start the car and then start drinking, and it’s known as a rolling retest. What happens if you’ve missed a retest on interlock? Missing an interlock retest could mean serious consequences, even to the point of not seeing your license back at all for a very long time. 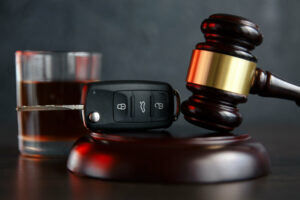 How does an ignition interlock device work?

If your license is revoked and you apply for a restricted license, you most likely will be required to use an ignition interlock device for six months to one year.

An ignition interlock device is a breath test device for car ignitions that is about the size of a small remote control. It’s installed into a car to prevent drivers from being able to start a vehicle after drinking. It’s connected to a cord, similar to that of a landline phone so that you can hold the device up to your mouth to blow into it.

It’s impossible to start the car without blowing into the device and passing the test. Typically, the interlock device is set to a very low blood-alcohol level. For the average person, the blood-alcohol limit is .08 in Michigan, but for someone using an interlock device on a restricted license, the limit may be closer to .025 or even lower. If the device detects alcohol use, it will not start and you risk continued revocation of your license.

What happens if you miss an interlock retest?

If those 5 minutes pass and you miss an interlock test, you’ll know it, and so will everyone else. The car will sound an alarm, and the horns will honk or the lights will flash until you pull to the side of the road. Because this violation will be reported to the court, you may be penalized for not following the rules associated with your restricted license.

As long as you do follow the rules of your restricted license, you should be able to get your full license back after that probationary period is over, barring any other issues. On the other hand, if you miss an interlock retest, you might not get your full license back anytime soon. However, the consequences of a missed interlock retest may differ depending on the reasons for a violation.

What can you do?

There may be some justifiable reasons for a missed interlock retest or a failed test.

For example, it’s slightly possible that you could fail a test due to the use or consumption of products that mimic the effects of alcohol. Products that appear as alcohol or actually add alcohol to your body include:

You may wish to keep this in mind before trying to blow into the ignition interlock device, although these products are not likely to have contained so much alcohol that the effects would stop your car from starting.

As for missing an interlock retest, it’s very possible that this was due to a technicality.  For example, you might not understand how an ignition interlock device works when you first have it installed in your car, so it’s not unheard of that you might miss a rolling retest by a couple of minutes. It’s also possible that you missed a retest on an interlock for a valid reason, such as a medical emergency.

On the other hand, if you miss several interlock retests, this would definitely raise a red flag. In fact, three or more “minor” violations within two months would be considered a “major” violation.

For a minor violation, your restricted license period may be extended, but you might not lose the license completely. For a major violation, your restricted license will be immediately revoked, and you will find yourself back at square one; you would have to apply for a driver’s license reinstatement hearing through the Michigan Secretary of State’s office all over again.

However, you can appeal in writing within two weeks of a major violation if you believe your latest license revocation was truly unjust.

If you recently missed an interlock retest and are facing a major violation, call me. Together, we can determine the best steps for you to take. It’s a very complicated process, but you have a right to be heard. And I’m here to help.