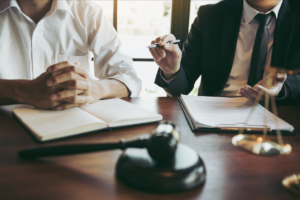 License restoration after a DUI in MI can be quite complicated. It’s tough for those who haven’t been through the process before to understand all of the moving pieces and the factors that can impact the outcome of a case.

If you have specific questions you need answered about your own situation or if you want to improve your chances of winning back your driving rights, speaking with an experienced Michigan DUI license restoration lawyer can be beneficial. If you just want some general information about the process so you can better understand your chances moving forward, here are the answers to a few frequently asked questions.

Do I lose my drivers’ license if I get a DUI?

You don’t necessarily lose your driver’s license after a single DUI in Michigan. It is ultimately up to the court’s discretion to pass down sentencing for each individual case. So the impact on your driving rights depends on a number of factors, including the severity of your offense and how you argue your case in court proceedings.

In short, it’s not a given that your license will be taken away after one DUI. However, it’s not impossible. And many people do have their licenses suspended at least for a short period of time. These licenses can usually be reinstated after the waiting period and after a small fee is paid to the Secretary of State.

However, things get more clear after multiple DUIs. In this instance, drivers are almost certain to have their licenses revoked. This means their driving rights are taken away indefinitely. And you need to file for a hearing and submit a good deal of evidence in order to have any chance of winning your license back.

Is there a court I can appeal to if I lost my license due to a DUI?

Michigan driver’s license restoration hearings are argued with the Secretary of State. This isn’t like a traditional court case where multiple sides argue in front of a judge or jury. Instead, it’s up to you and/or your lawyer to present your evidence to hearing officers to prove that you’ve maintained at least a year of sobriety and DUIs won’t be an issue again in the future.

Your ultimate goal in this type of case is to prove to the Secretary of State or court officers that you’ve attained sobriety and that the underlying issues that led to those initial DUIs are now under control. Basically, they just want to make sure that you can safely operate a motor vehicle going forward before they can grant any level of reinstatement. This means that it’s not their goal to rehash your initial DUI cases.

If I represent myself in my license hearing, do I have any chance?

However, there are many different types of evidence that are required by the Secretary of State. And there may be even more points or pieces of evidence needed in order for a reinstatement request to actually be successful. It can sometimes be tough for those who aren’t familiar with the process to make sure all those boxes are checked and to know exactly what types of evidence and testimony will be most beneficial for their particular case.

An experienced driver’s license restoration attorney who is familiar with the system in Michigan and has argued many successful cases in the past can help you make the decisions that will give your case the best possible chance of success. In some cases, they can even make recommendations about how to improve your own situation before you ever file for a hearing, saving you from wasting time on an attempt that has no chance.

In short, a Michigan driver’s license reinstatement lawyer can be a major benefit to your case, because they bring years of experience and knowledge that benefits your ability to bring valuable evidence to the table. But this is not an official requirement to obtain a successful verdict.

What are some common facts and figures around DUI License Restoration in Michigan in 2020?

In Michigan, there are thousands of driver’s license revocations and denials issued each year for operating while impaired and OWI (operating while intoxicated). Some of those incidents involved injuries or deaths. However, many were due to instances where the driver had a history of multiple DUIs.

Of course, accidents that involved injuries or fatalities are considered especially serious. Across the United States, there’s an alcohol-impaired traffic fatality about once every 50 minutes, according to data from the National Highway Traffic Safety Administration (NHTSA). And the CDC has found that reported drunk driving incidents in Michigan are about in line with national averages. More specifically, drivers between the ages of 21 and 34 in Michigan were more likely to be involved in drunk driving related fatalities. But the rate in Michigan was lower than the national average for every other age group.

When it comes to arrests made due to BAC tests, the nationwide limit is 0.08. However, there’s a zero tolerance policy for drivers under 21, meaning they cannot have a BAC over 0.02. There may also be enhanced penalties for those who have a BAC over 0.17.

Whatever the circumstances surrounding an arrest, license revocation is a very serious issue in Michigan. It takes knowledge and experience to successfully navigate the hearing process. If you want help winning back your driving rights, contact a Michigan DUI license restoration attorney with a winning record.