How DUI Expungement is Different from Restoring Your License after DUI 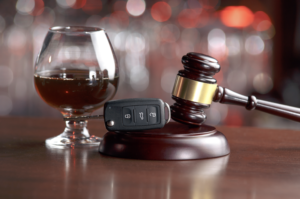 Restoring Your License After DUI

There are many differences between DUI expungement and restoring your license after DUI. One of the most significant is this: DUI expungement does not exist in Michigan. That has had many lawmakers trying to take action recently.

Restoring your license after DUI is possible in Michigan, and, in fact, it’s a core focus of my practice. However, as of today, DUI expungement is not possible, and that has rattled some cages.

The possibility of allowing DUI expungements in Michigan has been receiving plenty of media attention for the past several weeks, and it is likely to continue in the foreseeable future.

The Difference Between DUI Expungement and Restoring Your License after DUI

In general, expungement of a person’s criminal records seals them from public view, so the conviction would no longer show up in a background check.

A DUI expungement essentially would clear your record, although law enforcement officers would still have access to this information in case of subsequent drunken driving offenses or other crimes.

Currently in Michigan, a DUI conviction stays on your criminal record and driving record forever.

Restoring your license after DUI, on the other hand, doesn’t erase the conviction. Instead, your license is restored due to the fact that you followed your obligations, such as maintaining sobriety, attending sobriety classes, and using an ignition interlock device, if required.

Unlike DUI expungement, restoring your license after DUI in Michigan is possible, but it requires several steps. Every driver in Michigan who has had their license fully revoked needs to start off with a restricted license for a year, which you would obtain after a hearing with the Michigan SOS or sobriety court. You will be required to use an interlock device in your car, as well as follow any other rules that might be stated. You can apply for your full driver’s license a year later.

In December 2020, the Michigan House and Senate approved a bill that would have allowed for expungement of first-time DUI convictions. The individual would have had to petition a judge to set aside the conviction. The expungement would not have applied to second or third offenses. It also would not have applied to drunken driving offenses that led to death or serious injury.

The bill had passed the House by 96 to 8 and the Senate by 32 to 5. The legislation would have become effective in April 2021.

However, in early January of this year, Gov. Gretchen Whitmer did not sign the bill, essentially vetoing it through inaction.

McBroom has argued that some drivers who made one mistake are still facing the consequences many years later. Individuals who have drunken driving convictions may face problems when trying to obtain work, as well as other challenges.

For these reasons, Michigan lawmakers are expected to continue trying to modify the legislation in order to allow for DUI expungements for first-time offenders.