Renewing Your License After A DUI: A 2022 Guide

Just because you’ve had one or two DUIs in the past, you don’t have to live with the repercussions forever. With some help and effort, you should be able to renew a license after a DUI and regain your independence. 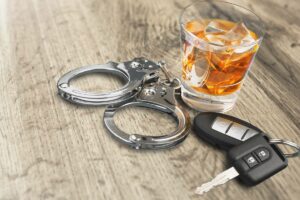 License reinstatement laws in Michigan usually don’t change much, but 2022 did bring one change that individuals with only one DUI may be happy to hear.

Getting a Single DUI Cleared

Before 2022, individuals who had a single drunken-driving conviction would have had to live with it on their criminal records forever. There was no way to get the DUI cleared.

Many Michigan lawmakers had argued that being unable to clear this record is unfair to drivers because it may make it harder to obtain employment, especially if a commercial driver’s license is needed.

After Gov. Gretchen Whitmer signed new legislation in August 2021, that all has changed.

Beginning this year, drivers with one DUI that occurred at least five years ago can apply to have the DUI expunged, as long as no one was seriously injured or died in relation to the incident. Individuals with more than one DUI also would not be eligible to apply for the expungement.

Renewing a License After a DUI in 2022

Otherwise, most of the processes of renewing a license after a DUI in Michigan remain the same in 2022.

Getting Your License Back after One DUI

Renewing a license after one DUI conviction is relatively straightforward when compared with trying to get your license back after multiple offenses.

Once your suspension period is over, you can get a license renewed by submitting an application through the Michigan Secretary of State’s office. You may have to pay several fees, including a standard license reinstatement fee of $125.

Getting a License Back after a Second DUI

If you have two DUIs within seven years, your license would be revoked for one year. The difference between a suspension and a revocation is that with a suspension, the loss of the license is temporary,  while a revocation is indefinite until you petition the Michigan Office of Administrative Hearings board. (See more on that in our past blogs.)

Obtaining a restricted license in this case would require you to appear in court to discuss why it’s necessary and to show that you will be a responsible driver. Attending sobriety court during your revocation would be essential.

If you are hoping to renew a license in Michigan after two or more DUIs, contact me for assistance. Getting a suspended license renewed is relatively simple, but getting your license back after a revocation is more involved. I’m here to walk you through it.